where did the colors of Christmas all come from? 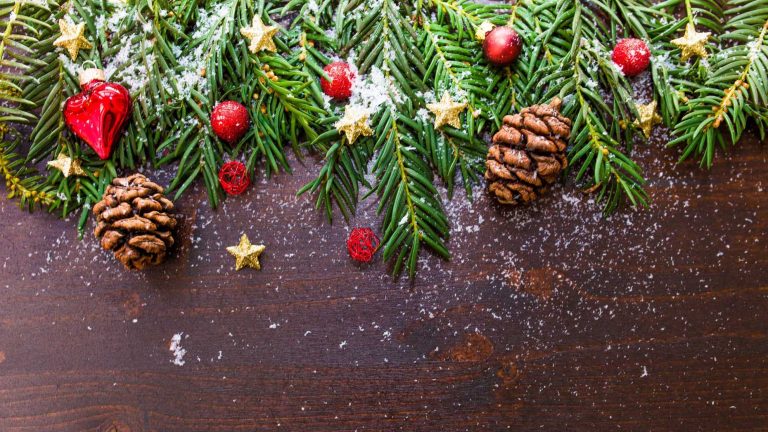 There are very few color associations as ubiquitous as red and green are with Christmas and the entire season it encompasses. Perhaps before we have even developed object permanence, that connotation has forged its way into our subconscious. Okay maybe that is an exaggeration, but it bears the question- where did it all come from? It is speculated that the origins of our beloved Christmas colors come from two very different places: nature and America’s (favorite?) cola brand. In a report from Business Insider, Arielle Eckstut, the co-author of “The Secret Language of Color,” provides some unique insight. She states,
“What’s most interesting about the red and green color combination of Christmas is that it’s a combination of the beauty of nature and the crassness of commerce that come together to solidify the image of these two colors in our collective mind.”
Nature
When thinking of Christmas and December in a cold-weather climate that experiences true seasons, what colors come to mind? Probably rich forest-green pine trees in contrast with bright stark white snow. Along with that, mistletoe tied in jewel-colored ribbon and holly leaves adorned with red berries. All things considered, it makes sense that naturally these colors would become associated with the season. Eckstut furthers this sentiment by describing the how holly’s pointed leaves are representative of the crown of thorns that Jesus wore on cross. The religious symbolism only engrains red and green further into the holiday as we know it.
Vs. Nurture
Around the 20th century, Christmas had started to become increasingly commercialized. Santa had already permeated American culture, but he wasn’t exactly the jolly ol’ figure we’re used to today. It was 1931 when Coca-Cola hired Haddon Sundblom as an artist to create the Santa Claus we know and love. Previously, St. Nicholas was thinner and dressed in blue, green or red per Victorian representation. Sundblom’s Santa is plump, jovial and clothed in a big red and white robe; Coca-Cola red nonetheless.
So, in America, our modern-day Christmas traditions were shaped by religion, nature and big business. Eckstut ends with,
“It solidified in our collective imaginations the red of Santa’s robes with the green of fir trees and holly and poinsettia that we already had in our minds. … This particular shade of red and green came to signify Christmas.”